Welcome to DED 'ARD! I have been meaning to start a project blog for quite some time. Jawaballs recently had a post asking for contributing writers, and when I saw that post I figured I would send him an email and see how that goes.

Also, it made me realize that I really should start my own blog for our gaming group that recently got together. So even if Jawaballs has enough contributing writers, I can still do my own thing here. It's something that I wanted to do, but I haven't had the time until recently.


I've played 40K since 3rd Edition after which I left the hobby and my beloved Blood Angels on the shelf to start a company that produced supplements for Dungeons & Dragons via the d20 System. The company I formed, the Inner Circle, has pretty much been put on hiatus as we stoked that fire as long as we could.

This is a new chapter in my 40K hobby career. Hopefully I can convince some of the other members of my gaming group to post some articles on painting, tactics, and terrain. I'll be posting progress on my second go at my Blood Angels Army and hopefully you'll learn something along the way through the various tutorials I have planned...

Here is what I am currently working on. A Razorback with twin-linked assault cannons and a Rhino. 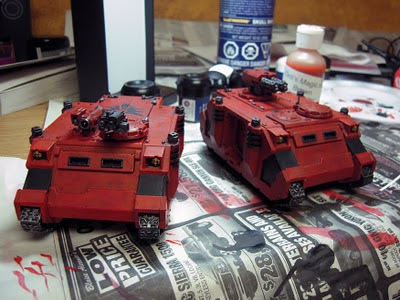 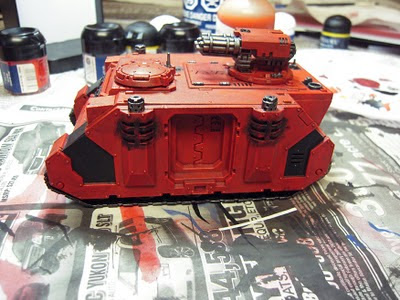 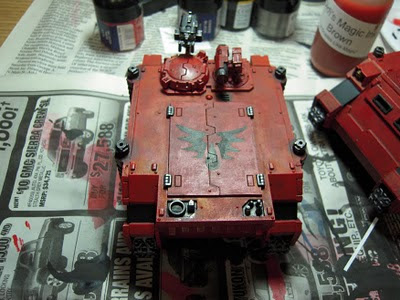 It's been quite some time since I did any painting, so I figured I'd try and cut my teeth on a hand painted Blood Angels Symbol. I still have some weathering left to do as well as vehicle markings and final highlights. Also, I'm still trying to figure out what to do with the side doors. I'll post some progress shots as they get closer to completion.