There were rumors going around over on Faeit 212 that the Blood Angels Digital Codex was going to have a few changes. The specific rumored changes were as follows: 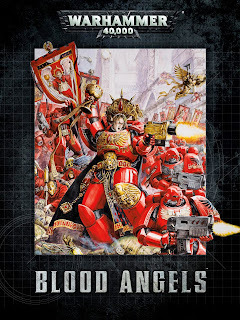 This caused a bit of a stir and annoyed some people (including yours truly) especially considering the changes to the Vanguard Veterans without point adjustments.

Well, after much debate, I picked up the codex from the iBooks store and it looks none of these changes made it in. For the doubters out there, here are the pics from the iPad version of the Codex. 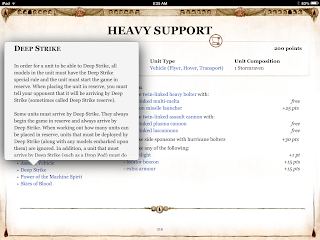 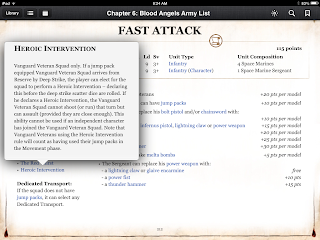 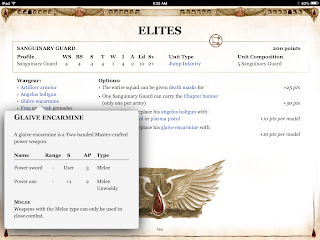 Looks like the Stormraven did keep Deep Strike which is odd. I thought that was lost when Death from the Skies was released. No matter, I would never Deep Strike a Stormraven anyway. That's almost as dumb as Deep Striking a Land Raider.