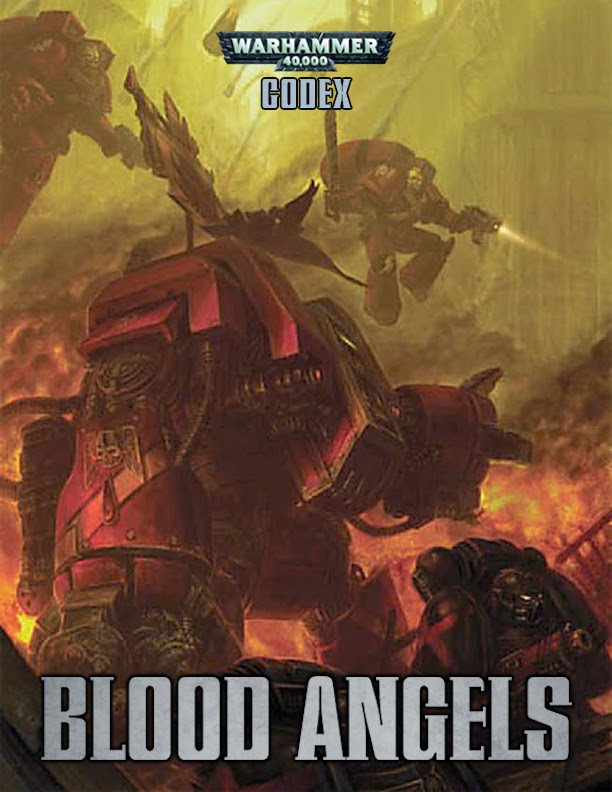 I know it's been quite some time since I posted. I moved across the country to Round Rock, TX and I'm still getting settled. Anyway, though I haven't played 40K or unpacked any of my hobby stuff since moving here, I have been keeping my ear to the ground with 7th edition. Seems like the Blood Angels are the on the cover of the new 7th Edition Rulebook and rumors (or rumours if you prefer) are starting to come in on the Blood Angels Codex. Here's the latest from Natfka over on Faeit212:

via an anonymous source on Faeit 212
-Blood Angel will get sometime after the new starter set a codex
-There will be no new super units
-The Predator gets a new box
-besides the Baal and the other two Variants a new Weapon option
-There will be a Multi Box with Honour Guard and something he called "Blood Brothers".

A new Predator seems... odd. I was hoping for a generic Space Marines Assault Squad to match the newly released Space Marines Tactical Squad and our own Terminator kit (the Space Hulk Blood Angels Terminators are still the best). Who knows what'll happen? I just hope they just don't mess with the Codex too much.