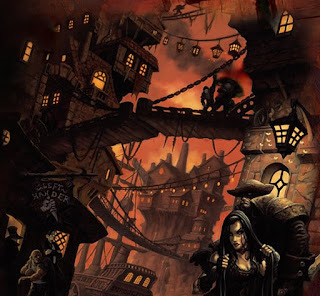 In Mordheim, the Initiative stat is used for multiple actions. Spotting enemies that are hiding, who strikes first in close combat, climbing, and jumping. The jumping actions also come into play when initiating a diving charge or when you get knocked down close to an edge on an elevated platform. Today, we are going to focus on climbing and jumping and the issues it brings to Mordheim.

What's the Problem?
The advantages of climbing and jumping are underestimated by a lot of people who play Mordheim. One of the issues we've run into throughout the years are Warbands that have a really low Initiative are at a disadvantage and can get easily out manuevered. More than that though, they can't climb or jump across gaps at all and this could be detrimental depending on the scenery you are using and the scenario you are playing.

How do we fix it?
This is the tough part. Honestly, at this point I'm not so sure. The goal is we want Warbands like Undead and expansion Warbands like Dwarves and Lizardmen to be able to move more freely through the streets (or jungles) of the battlefield. At the same time, we don't want to take away the superior maneuverability of other Warbands and create a shift in power.

The way the rules are now, we run into situations where Skaven and Elves are so good at climbing and jumping that they hardly ever fail and Dwarves and Undead are so poor that they almost never succeed. I know some people are probably thinking, "Yeah, that's the point! Your comparing the most nimble warrior to the clumsiest and that's how it should be."

The problem I have with this approach is that no model should ever be so good that it never succeeds or so poor that it never fails. This kinda came up in my post on fixing parry where someone in the comments suggested we create a chart for parrying. The rational reason being that a warrior with a higher weapon skill should be able to more easily parry an attack from a warrior with a lesser weapon skill.

From a practical standpoint it makes a lot of sense, but when it comes down to feel and how it plays out in a game, it doesn't work because you are creating a gap where the lesser warrior always fails. That type of situation is great when you have the better warrior, but sucks when you don't. Sure, when the lowly warrior gets off a parry against a more skilled opponent or manages to cut him down, we feel great! That's why we play miniature games for moments like that, but Mordheim already has those moments and this isn't the best way to get more of that into the game.

Getting back to Mordheim, I'm all for good positioning and solid tactical gameplay, but when a low initiative Warband like Undead is in a position where they are on street level and Skaven or Elves are raining missiles down from on high, the outcome is a foregone conclusion and they are pretty much dead. Not only are they at a disadvantage to begin with, but attempting to climb or jump to get at their assailants is too much to risk. If they do somehow manage to get closer, they either suffer a diving charge or get knocked off the ledge and suffer failing damage which is going to hurt more than the missile fire! 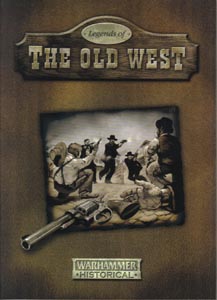 Proposed Fix
So I'm not settled on a fix yet, but I do have a few ideas. Here they are:

Settled on a Fix
I started on this post long before my post on Tweaking the Parry Rules and after letting this sit for a couple weeks in my queue and giving it additional thought, I've decided to go with option 3 above. The additional skills, items, and special rules can continue to work as is. The only issue will be creating the chart which shouldn't be too bad. Again, I don't like going with a chart, but I think this is the best way to go.

Not sure what is on tap for my next Mordheim discussion. I have a few things I have been tossing around as of late. Maybe I'll post a rewrite for one of the Lustria Warbands. The Lizardmen have always lacked in flavor and needed to be taken down a notch, so maybe I'll post the what I've been playtesting recently.