Rumor posts aren't really my thing. Granted in our Gaming Club I'm the one that gets all of the dirt on the newest releases, I just don't usually blog about them because of formatting and other people, like Natfka, do a much better job than I could ever do. I know a lot of people are looking for confirmation on a lot of stuff and I have it here in a bulleted format.

This was from a long Q and A Thread on Reddit where Rixitotal borrowed the book from a local store and was kind (brave?) enough to answer questions. I'd say this stuff is 99.9% accurate. There might be some issues with how things were transcribed. Here goes in no particular order:

• Grenades: 1 model per unit can throw a grenade instead of shooting normally. All are Blast except Krak and Haywire. Frag S3 AP -, Plasma S4 AP4, Krak S6 AP4. Haywire works the same, but grenades are thrown instead (ouch!).
• Fearless: Auto pass Leadership. No longer takes additional wounds for losing combat!
• Allies: Battle Brothers can join each others units with Independent Characters and cast psychic powers on each other as if they were friendly. Allies of Convenience can't do any of that (basically act as 2 separate armies). Desperate Allies have to roll at the beginning of each turn if they are with 6". If they roll a 1 they can't do anything. A list of allies is on Games Workshop's website here. Apparently, the matrix that was floating around that was in the Double's Tournament is exactly what's in 6th Edition.
• Feel No Pain: 5+ against everything except for instant death.
• Instant Death: Unchanged.
• Close Combat Weapon AP Values: Power Sword [AP3], Power Axe [AP2, +2 Strength, Strike at Initiative 1], Power Maul [AP4, +2 Strength]. Crozius Arcanum is a Power Maul.
• Hull Points: Basically wounds for tanks. Glance removes 1 Hull Point. Penetrating hit removes 1 Hull Point and rolls on the Vehicle Damage Chart. If a vehicle is reduced to 0 Hull Points it's wrecked like in 5th Edition.
• Vehicle Damage Chart:

Modifiers are AP1 +2, AP2 +1, Open Topped +1.
• Direct Hits: Snipers and Characters that roll a 6 to hit can choose what model is wounded.
• Assault: 2D6". Jump Packs reroll the 2D6".
• Assaulting Through Cover: 2D6" drop the highest. Models are Initiative 1. Assault Grenades still work through cover like in 5th. (Hope this is wrong. Makes cover incredibly valuable.)
• Fleet: Can reroll Assault and Run rolls.
• Pre-measuring: Is in.
• Warlord: Model with the highest Leadership in the army gets to roll once on 1 of 3 ability charts. Ability charts are Command, Personal, Strategic.

1. Friendly units in 12" get to use your Leadership. 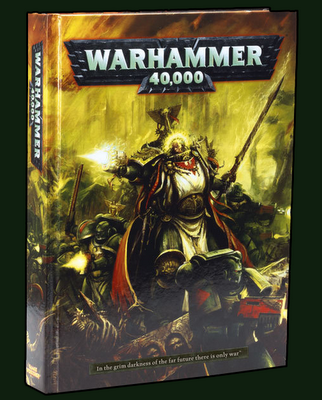 1. All your units get Move Though Cover and Stealth in ruins.
2. You amy have Night Fighting on the first turn.
3. Your outflanking units gain Acute Senses.
4. While the Warlord is alive you may reroll reserve rolls.
5. While the Warlord is alive your opponent gets -1 on reserve rolls.
6. After both sides have deployed but before scouts you may redeploy 1 unit 3D6", or 3 units D6". May not leave deployment zone.

• Overwatch: Can shoot at incoming chargers at BS1. Template weapons inflict D3 hits. Hits are resolved at the Strength and AP or the weapon. Blast weapons cannot be used during Overwatch.
• Jink: All Skimmers have a 5+ cover save if they moved in the previous turn.
• Vehicles Firing: Same as it was previously, except any weapons you can't shoot normally you can "snap fire" at BS1.
• Template Weapons: Mechanics for shooting same as 5th Edition (i.e. Hit or Scatter 2d6" minus the firer's BS). Any part of A template touching a vehicle resolves hit at full Strength.
• Rage: +2 Attacks. Having to move toward the closest unit is gone. Death Company now get +3 Attacks when Assaulting!
• Bikes: Turboboost in the Shooting phase 12". Jet Bikes 24". Eldar Jet Bikes 36".
• Preferred Enemy: Reroll all to hit and to wound rolls of 1. Works for shooting and close combat.
• Cover: For almost everything including shooting through troops and vehicles 5+. Ruins are 4+.
• Wound Allocation: Closest to furthest. Wargear makes no difference. Characters transfer the wound to the squad. So you do lead from the front!
• Jump Infantry: Gain an auto hit per model at Initiative 10, Strength of the model, AP –. Called Hammer of Wrath.
• Chaos Daemons: Cause Fear! Take Leadership test or strike at WS1.
• Disembark: Can only disembark from a vehicle if it moved 6" or less. Disembark is always 6" (no more 2" disembark move).
• Firing from Vehicles: Can always fire out of a vehicle provided it did not move flat out. If a vehicle moves over 6", unit inside snap fires at BS1.
• Monstrous Creatures: No more 2d6 Armor Penetration. Replaced with Smash Attack which is half Attacks at double Strength.
• Beasts: Move 12", Assault 2d6" and reroll.
• Pile In: Done in order of Initiative.
• Witchblades: Wound on 2+, vs. vehicles Strength 3 + 2d6 for Armor Penetration.
• Fast Vehicles: 6" Fire All, 12" Fire 2 at BS and the rest at BS1, 18" Can't fire.
• Night Fighting: Can't shoot over 36". Over 24" +2 Cover Save. Over 12" Stealth.
• Furious Charge: +1 Strength. Bye bye +1 Initiative. :(
• 40K Authors: Jeremy Vetock, Adam Troke, Matt Ward 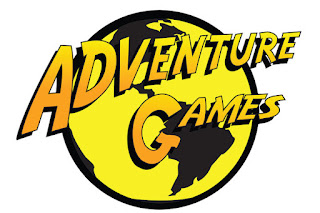 Oh, just wanted to plug my favorite local gaming store, Adventure Games. If you are in Northeast Pennsylvania (particularly the Scranton area) they are running a Warhammer 40K midnight release party this Friday, June 29th. The party starts at 10:00 PM and the store will be open until 4:00 AM. We have some fun events planned including a 250 point bring and battle.

Cost to attend is $5 to preorder your copy of the book which you can do over the phone. Info on Adventure Games including address and phone number is available via their Facebook page. Come on down and challenge me and the rest of the DED 'ARD crew to a game of 40K 6th Edition and be the first to play before anyone else!

I'll be the one wearing the "Like A Boss" T-shirt so make sure you stop on over and say, "hi!". Hope to see you there!