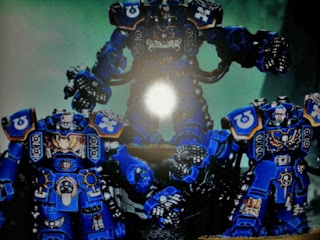 More pics after the break.

These Imperial Fists Centurions look atrocious. Again, I'll reserve final judgement until I see the models in person, but as of right now I am not impressed especially for the price tag on these. Hopefully when the White Dwarf is released these will look better. 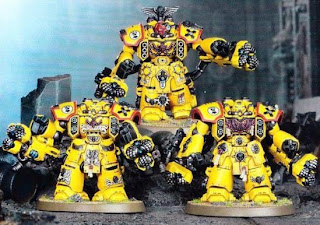 Out with the bad and in with the good. The Stalker looks AMAZING! 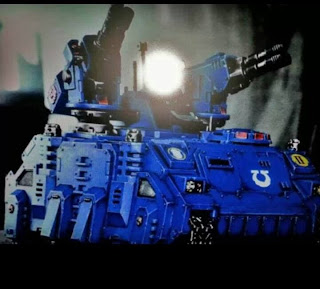 Rumors are that each of the guns can split fire which could make this the AA vehicle of choice. My Blood Angels have been looking to find good AA without tying up so many points in a Stormraven or two and this may just do the trick.

Lastly, looks like the Black Templars may have been folded into the Space Marine Codex after all. They are featured in the Battle Report against a Chaos Space Marines/Chaos Demons list at 2,500 points. Not sure how I feel about that. Things will certainly be interesting for the next couple of days.

Until next time,
–The Harrower