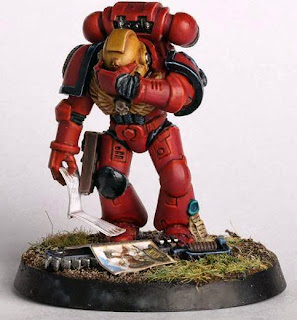 Well, the title of the post says it all. Looks like the Blood Angels Digital Codex is just a copy and paste from the existing 5th edition codex with added 360 galleries. Wahoo!


Sure, it's cheap to produce and it might net you some money, but other than that this is totally worthless and I can't understand why anyone would drop money on it. I really don't understand the point of this. Here's the scan if there are any doubters.

Sisters of Battle fans aren't entirely hosed as they will at least get new Warlord traits. Pretty sure this is just a slight update to the Codex with no models being released. Too bad the model range is 1,000 years old and trying to start up a Sisters of Battle army will cost a small fortune. 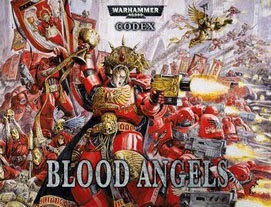 I thought a lot about Blood Angels since 6th Edition was released and I posted what I would change if I was the Codex Author over on Bolter and Chainsword. I reposted that below. Here's what I would do:


These were the easy changes I've been thinking about since 6th Edition was released. Some things I'm not so sure about:


If I had the luxury of creating a new unit I would introduce a new Dedicated Transport that would have 12/12/10 Armour, Assault Ramps, and a Troop Capacity of 12. I would also make this available for the Space Wolves.