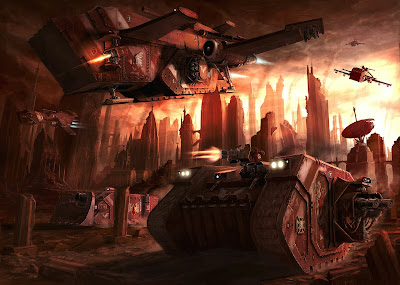 Sorry for the lack of updates. I'm in the last couple months of college so I've been focused on my portfolio and graduating. Anyhoo, I had to crawl out of my hole when I saw Natfka post that a Digital Blood Angels Codex would be releasing later this month.

So the rumor is that this image was taken from the upcoming White Dwarf where the pictures of the Dark Elves have leaked from. Nothing specific is mentioned about the Blood Angels, but the picture below is definitely from the current Blood Angels Codex and people have said they are releasing this month. 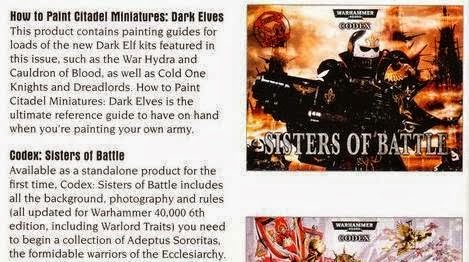 I really have no issue with a digital Codex. The Blood Angels don't need a lot of changes to compete. Tweak the points, give them Warlord Traits, update some of the weapon profiles, and sprinkle in a couple units from Codex Space Marines (Stalker/Hunter and the Storm Talon please!) and call it a day. The only thing that worries me is that we won't get the full attention that other Codexes get. I remember the Blood Angels PDF was pretty awful. Thoughts?