Could this be the new Blood Angels Cover? 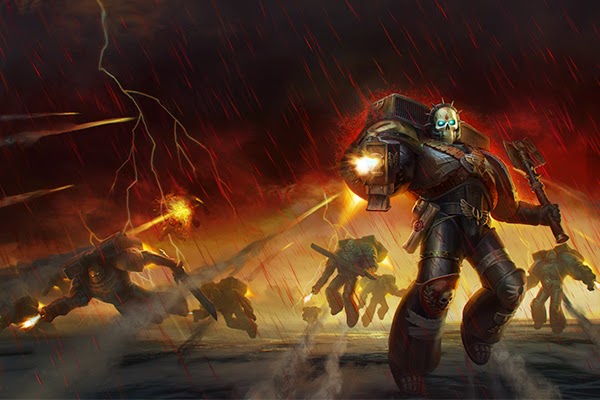 The Black Library has started the Black Library Loyalty Scheme where you earn one stud for every £45 you spend (roughly every $70). When you earn 6 studs, you can trade them in and pick up Lemartes: Guardian of the Lost. While the book looks really sweet and it comes in a cool Death Mask slipcase, paying over $400 for it is kinda crazy. While insane, that isn't the point of my post. What I am wondering is if this could be the cover to the new Blood Angels Codex?

More (including a cover I mocked up using this artwork) after the break.


Someone contacted Naftka over at Faeit 212 about a slip up on the Games Workshop website and mentioned that they saw the Blood Angels Codex. Original article linked here. 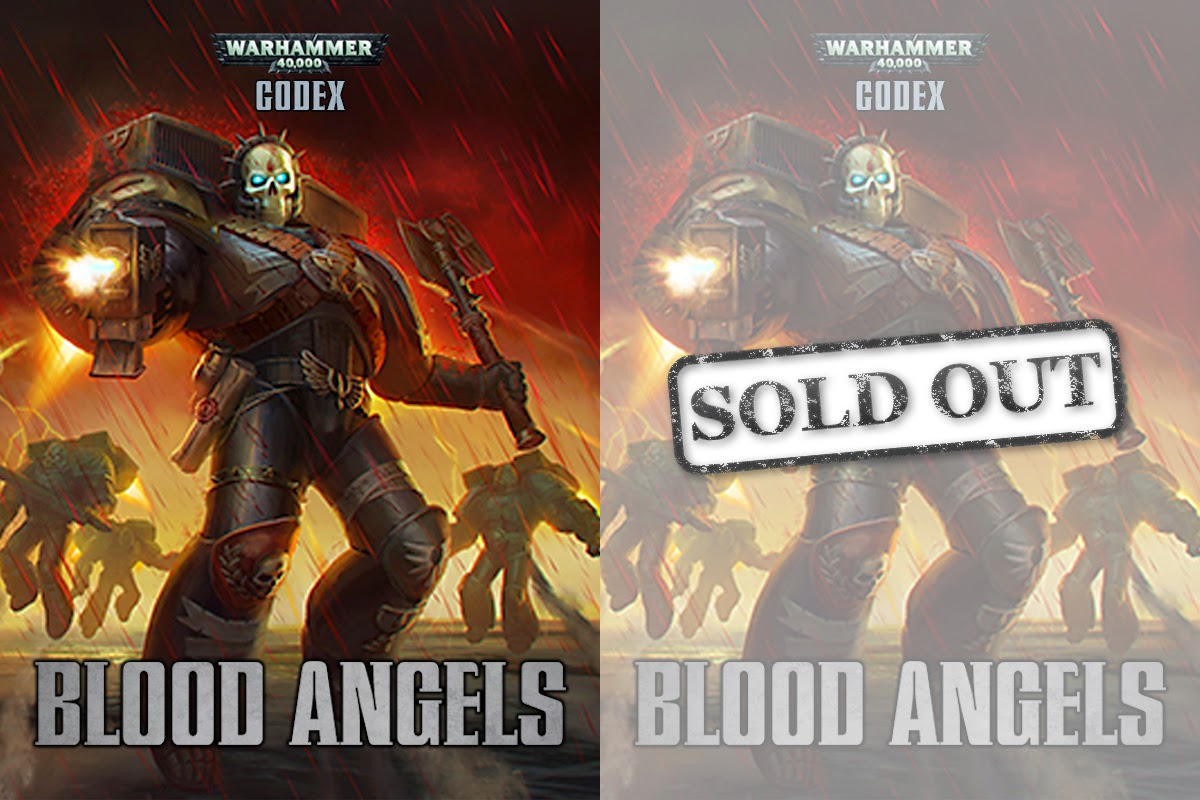 Arguments for this being the cover is it does feature a single model which has been the style of the new 40K Codexes since 6th Edition was released and it seems to fit the description that someone saw.

Arguments against this are the art doesn't appear to be by Raymond Swanland and the image itself doesn't have the exact style and isn't as zoomed as some of the other codexes.

I do like the look of this and while I love me some Lemartes and Death Company I do hope we get something better than this. So is this the new Blood Angels Codex or am I just grabbing for straws here?

One thing I think we can rule out is the rumors of the Blood Brothers which is the unit that supposedly beat the Red Thirst. According to the text for Lemartes: Guardian of the Lost he is the only one to resist the Red Thirst. Here's the description:

Revered Chaplain and Warden of the Death Company, Lemartes is the only Blood Angel ever to have resisted the Black Rage. His deeds and his will are legendary, his ferocity in battle terrible to witness. When Lemartes receives a vision of war, he and the Blood Angels of Fourth Company head to the world of Phlegethon. Amidst a rising storm of Chaos, they must defeat the renegade Blood Disciples and a far more harrowing foe... the Red Thirst itself!