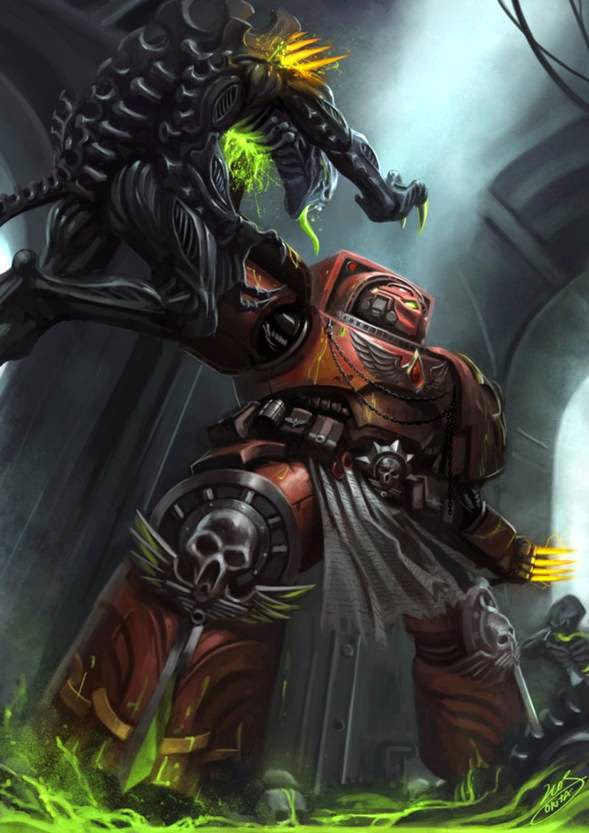 This just in from Lords of War Gaming on Facebook:

There will be a campaign book that is released early November. Necrons are not for a while I know of two armies that are next and another codex that will shock people next year.

Early November campaign book... with Blood Angels?
I been told that there will be a box like Storm Claw. BA for sure but I don't know it its Nids or Necrons. If I was to guess I would say Necrons following the Storm Claw model.

End of the year as in December or in November?

I was told December. I don't not know if it is at the beginning or at the end.

Rumors about Tycho and a couple new Dataslates after the break.

No new model, but you will get:

EDIT: Looks like Arschbombe's post was a joke taken out of context. My bad. In my defense it was added to the rumor round up thread on Dakka Dakka and a lot of other people have reported on it.

Everyone I knew that worked in the GW Studio has moved on so I am just speculating here, but I think Blood Angels/Tyranids makes more sense. With new Tyranids being released in the next 6-7 weeks (also from Lords of War Gaming on Facebook), a surprise Codex coming out next year, and the Necrons Codex not being released "for a while", it does fit.

And there there is a fluff story about Hivefleet Leviathan landing on Baal in the Blood Angels Codex where the Scions of Sangunius make their last stand. Plus, last time after Space Hulk was released we saw the release of Tyranids followed by the Blood Angels. Coincidence? Who knows, but it is fun to speculate. Also would GW release a new Nids Codex so soon? That would certainly be a surprise.

As to why I put so much stock on Lords of War Gaming, here's the rumor report from Dakka Dakka.

In any case, interesting times are ahead for the Blood Angels.