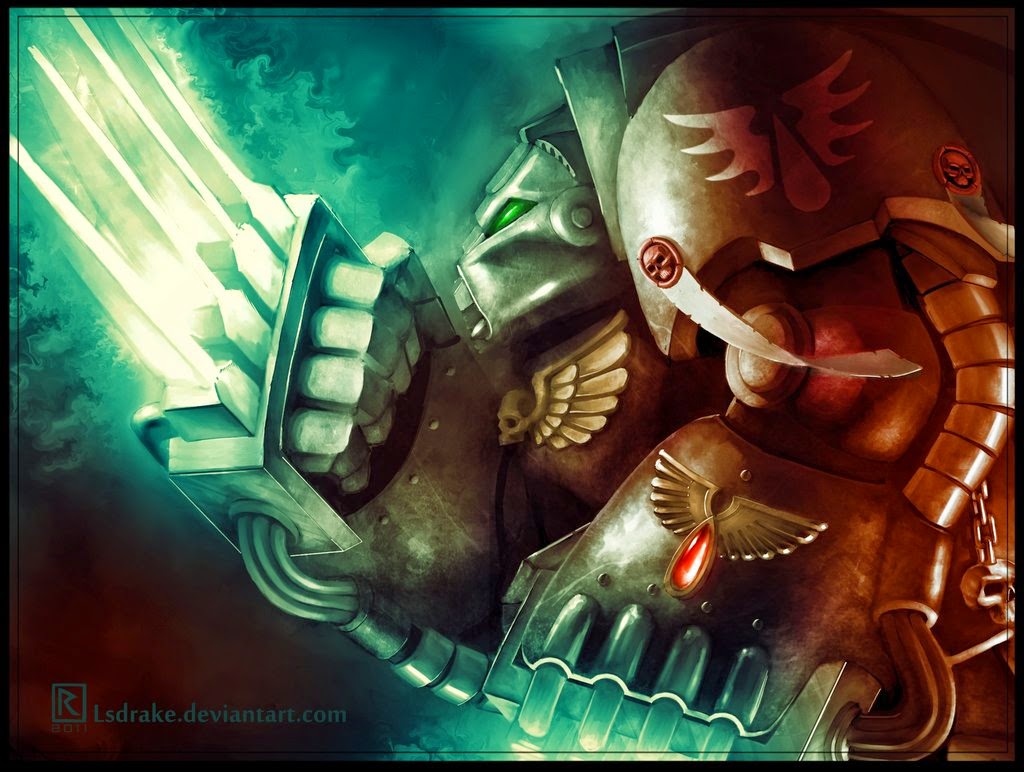 I received an email from a reader whose been playing since Rouge Traders days and he's been worried (as well as some other people) that after the Tactical Squad, Sanguinary Priest, and Codex are released, the Blood Angels are done.

Arguments for this suggest that Games Workshop wouldn't release a new unit after the Codex. Well, historically that isn't accurate.

We'll break it all down and analyze the picture that everyone is talking about after the break.


So here's the release schedule for Space Wolves based on the Games Workshop Newsletter I received:

Granted this release was more spread out, but we did get Logan Grimnar after the Codex dropped. I didn't go back and look at other armies, but I suspect a similar pattern.

Next we have the picture that everyone is talking about below. Now this is incredibly hard to see, so I blocked out the models and numbered everything so we're all on the same page. Here's what I see: 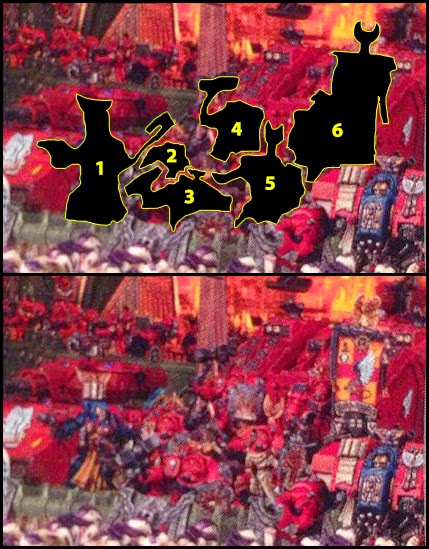 So there you have it. My thoughts are we get at least one more week of releases after the Codex with new Blood Angels Terminators leading the way. Are they a dual kit and can make Death Company Terminators like was rumored? Who knows, but I'm praying to Sanguinius that's what we get! If anyone else can spot any details on these guys drop a comment below.