1. Mech is too good. In 4th Edition, transports were too weak. In the current edition the pendulum has swung to the other side and mech is king. We got some good stuff with 5th Edition like troops that assault a vehicle use the rear armor value. Also the unified damage chart is much better. I'm not entirely sure what the answer is to this. Is it as simple as a glance is only a -1 on the chart? Eh, that's too crazy. 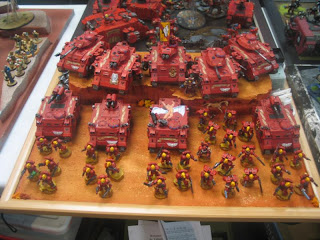 Maybe we just need additional modifiers on the chart. If a vehicle is Stunned or Immobilized you gain a +1 bonus on the damage chart because the vehicle is basically a sitting duck. I like that a lot better. Of course if you happen to be sitting in an immobilized Rhino and someone hits you with a meltagun at close range you're in for a world of hurt. Vehicles do need to be weaker and there is nothing more annoying than rolling 4 or 5 Shaken results against the same vehicle.

Another issue I have is blowing up transports doesn't usually have much of an affect on the passengers unless they are rocking a poor armor save. I'd like to see Destroyed – Explodes results cause Strength 4 wounds on embarked troops and cause a pinning test like they do today, but they should also be upgraded to rending. This represents the poor SoBs who couldn't get out in time and gives Terminators something to be afraid of if someone pops a Land Raider.

The other thing I would like to see are vehicles scattering when they are blown up. We had this in 4th Edition and I'd like to see it make a comeback. Nothing is weirder than when my Stormraven comes crashing down and it dies on the same spot. I like how Ork Trukks can go flying out of the way, let's do the same thing with all vehicles that asplode. 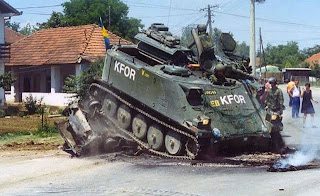 2. Fix tank shock. The concept of tank shock is really cool. I take my cool bad ass tank and I run over the enemy and crush them beneath my treads. In the game, it's kinda dumb because you can never really kill anyone. There must be a lot of really annoyed tank drivers in the 40K universe.

"We have Tyranids closing in on us sir," the corporeal reported. "What should we do?"
"Run them down!" The Chimera kicked up the earth as it sped toward the incoming throng of hormagaunts.
"By the Golden Throne! Corporeal, how could you possibly miss all of them? They're everywhere!"

The designers probably didn't want people trying to run over infantry the entire game and I understand that, but that doesn't make it any less annoying. With this one, I'm not so sure what the fix is. Maybe everything works like it does today, but tanks also inflict d3 Strength 5 hits against the unit. If the vehicle is fast, it inflicts d6 Strength 4 hits to represent the difficulty of getting out of the way. To avoid abuse, maybe you have to move a set distance that turn or you could only fire defensive weapons at the unit you tank shocked. That makes it a desperation move like it should be. 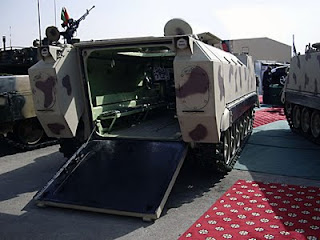 3. Make embark/disembark a separate action. This is a great point from dzer0 who commented on my first 6th Edition post. I'm really surprised I didn't think of this, because I always struggle with this. How many times do you disembark and you are stuck trying to figure out how to either move your vehicle or your troops because you have to do all of the movement at once?

He had a great idea. Make disembark/embark it's own action. Now I can disembark my troops, move my Razorback out of the way and then move my Assault Squad. Better yet, I can move my troops forward, drive another transport across the battlefield and have my troops hop in during the same phase. I wouldn't have to worry about positioning everything perfectly beforehand. This would also allow for better screening tactics with your transports and give players more flexibility when moving across the battlefield.

4. Rules for flyers. I of course would like to see rules for flyers since they seem to be the rage ever since the Valkyrie was released. Now we have the Stormraven, Razorwing Jetfighter, and the Venom. I think this is a sure bet just like the new edition of the game will still involve the rolling of dice. I wouldn't be surprised if Supersonic wasn't Games Workshop playtesting rules for flyers from the new edition.

That's it for today. I promise, my next post will be about the hobby and I'll either show some new scenery or miniatures I'm working on.